‘Indusverse is a premium graphic novel brand aimed at telling spectacular stories of new-age heroes for the new-age audiences, Indian as well as around the world. Staying true to its Indian origin, the company aims to create stories and artwork at par with its international counterparts, from the great narrative canvas that the Indian subcontinent has been since the inception of the Indus Valley Civilization to the present time which is witnessing the peak of the Third Industrial Revolution.

A collection of three comics. 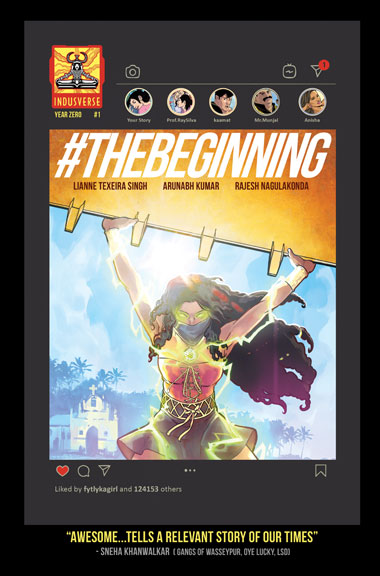 Simone is a regular millennial girl in Goa who loves Junk -Jewellery, Herbal make-up & DIYs, and hanging out with her Instagram-Influencer friend Anisha, until one day when her life is turned upside down by her father's enemies, accidentally making her realise that she is destined for so much more than a regular life. 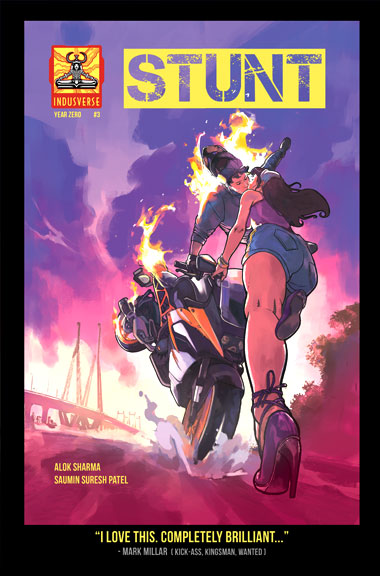 Sameer, son of a deceased Bollywood stuntman, is wading through his college life, loneliness, infatuation and therapy when a sudden twist in fate puts him in a messy situation, and he suddenly finds himself on the wrong side of the law, at loggerheads with organ trade mafia, and unwittingly comes across a secret that has been brewing for over a millennium. 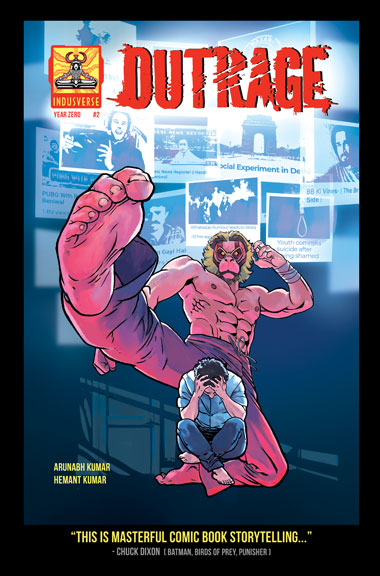 Satya is a social media manager who works in a digital marketing agency that makes things "go viral". He and his friend Avik make YouTube videos and aim to be the biggest YouTube sensation until the day they encounter the dark side of Social media, and their lives change forever. 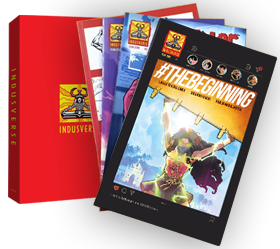 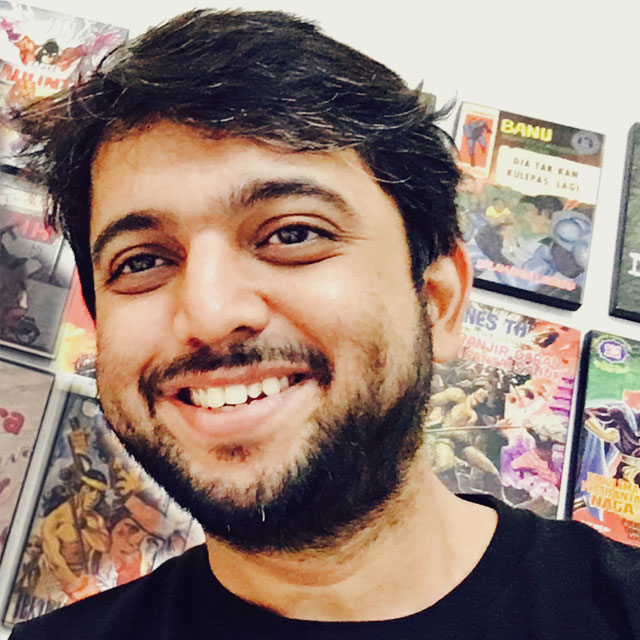 Alok Sharma has worked across media with experience in feature films, television, animation and comics. He started his career as a comic book artist with Virgin Comics. Since then, he’s worked as a creator with brands like Disney, Cartoon Network, Fox, Raj Comics et al. Later as the Vice President of Graphic India, he’s developed and produced content that had legends like Stan Lee, Amitabh Bachchan and S.S. Rajamouli attached to them.

Passionate to a fault about comics, the desire to create comic books never left his heart. The inception of Indusverse is, thus, a homecoming of sorts for this artist & writer in one, who understands the role of words & pictures both in visual storytelling. Hailing from a small town of Chhattisgarh, his mission is to take our graphic stories to the whole world. 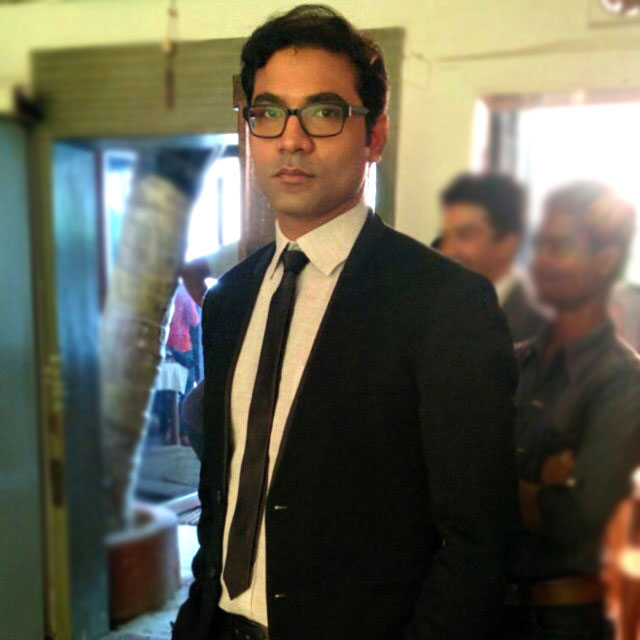 Arunabh Kumar hails from the small town of Muzaffarpur in Bihar. An IIT Graduate, he failed in the 1st attempt in IIT –JEE because of wasting too much time reading comic books on rent in Kota. He quit his good life post IIT, and chose to pursue storytelling . He is considered a pioneer of Digital Content in India and is the founder of TVF, India’s 1st & the most premium New Media company.

His core philosophy is to build a passionate team and use technology to create great art in India. He has created some of the highest rated shows in the world and aims to do the same with Comic books & bring them in mainstream culture by empowering Writers & Graphic Artists of India with his belief of balancing the art & science of storytelling. 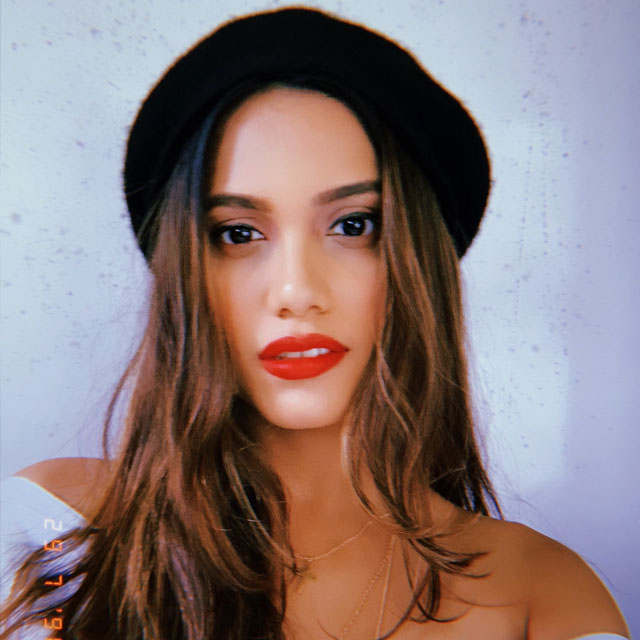 Lianne Texeira-Singh is a filmmaker, actor and artist. She has created and written the Indian fashion detective series Alisha, besides founding her own feminist clothing brand Feisty Lu. Her love for pop culture and comics developed at a young age. Vintage Crimes by Women, Tales from the Crypt, DC’s Black Canary and Raj Comics’ Shakti are few of her inspirations to create strong, sassy female characters.

Lianne’s vision is firmly rooted in youth revolution and quirky storytelling. She spends her time writing in her Goa home and travelling for her husband’s football matches. 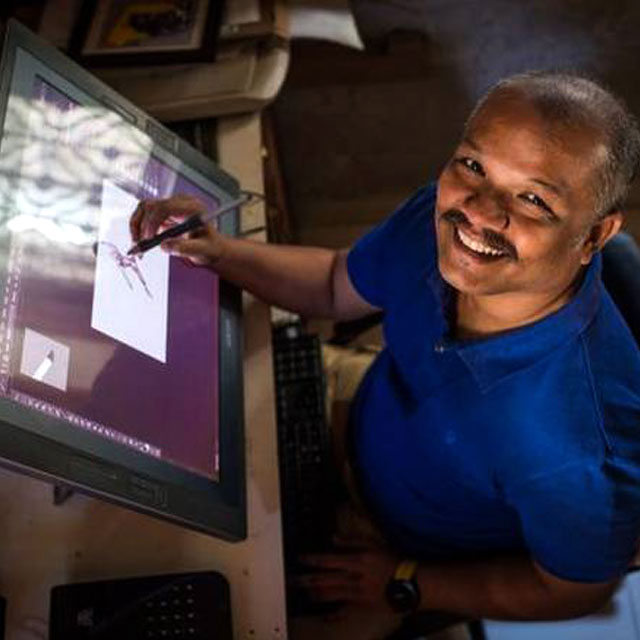 Saumin Suresh Patel is an Illustrator from Mumbai, India. He has been actively creating dynamic and stunning illustrations for prestigious projects which include – A graphic novel: Agent Vinod-The Jungfrau Encounter for Westland, various comics like Bahubali-Battle of the Bold, in addition to Multiple Comic Books with International Brands such as – 18 Days, The Mighty Yeti for Graphic India & Black Cloud for Image Comics. He has worked closely on visualizing the stories of some of the finest film directors like Vidhu Vinod Chopra, Sriram Raghavan, Ashutosh Gowarikar, Rajesh Krishnan and more. He has a deep understanding of art & artists and his core objective is to create a body of work, which can be distinct & have dynamic visual expression, and take the art from India to global levels. You can follow his work on Instagram-@sauminspatel 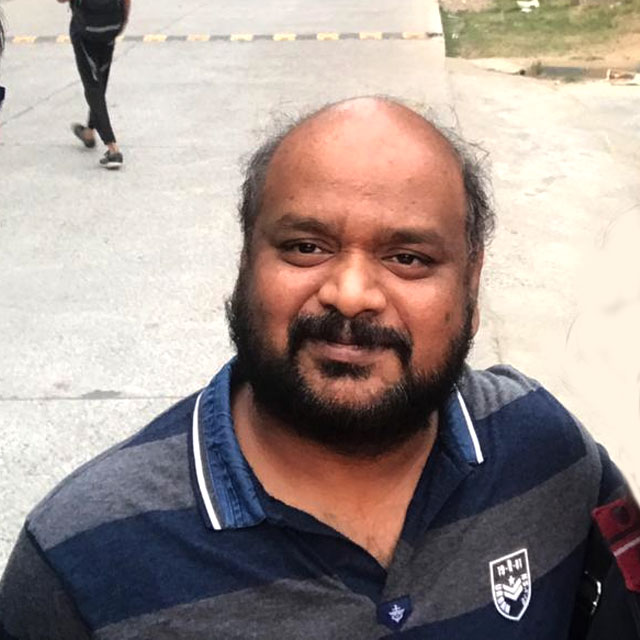 Rajesh hails from Andhra Pradesh and is from a family of jewelry designers. He has loved drawing and sketching since his childhood. After having worked on various projects for different publications, he became the Head of Art at Campfire where his work got international claim. He is known for his surreal visuals and ethnic yet stylish artwork in any of the books that he touches. He wants to bring the historic artwork style and essence of Indian graphics to the global mainstream platform. 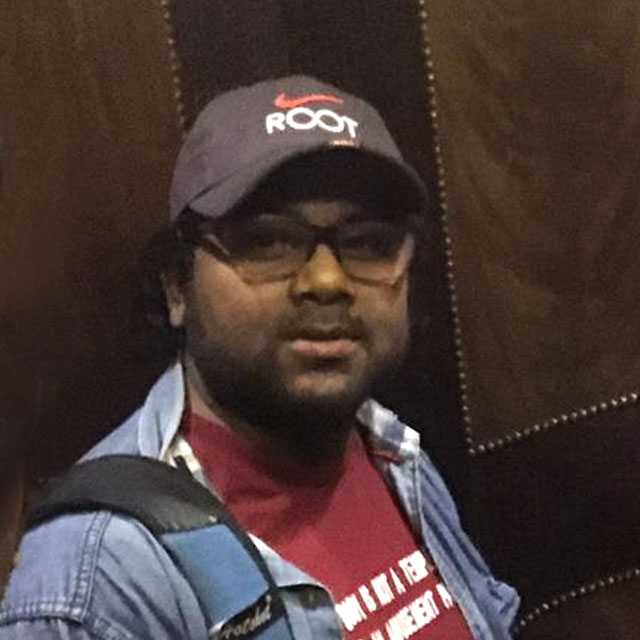 Hemant is an experienced artist and illustrator from Bulandsahar and has been drawing comicbooks for over 15 years. He has worked on numerous titles of some of the most popular characters from India, like Doga, Dhruv, Nagraj and many more. He is someone who loves the simple life but his art is the stuff of legends. He is known for his dynamic visuals and specialises in Action Visuals.

Indusverse is looking to collaborate with passionate writers, artists, illustrators, Photoshop artists, Graphic Designers and anybody who has a strong zeal for Graphic Novels & telling stories using words and pictures. Please mail us on career@indusverse.com 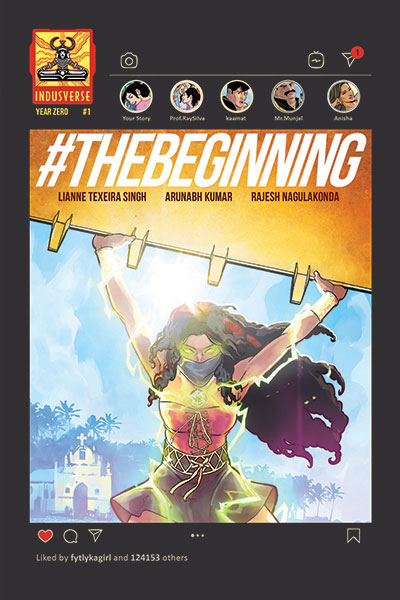 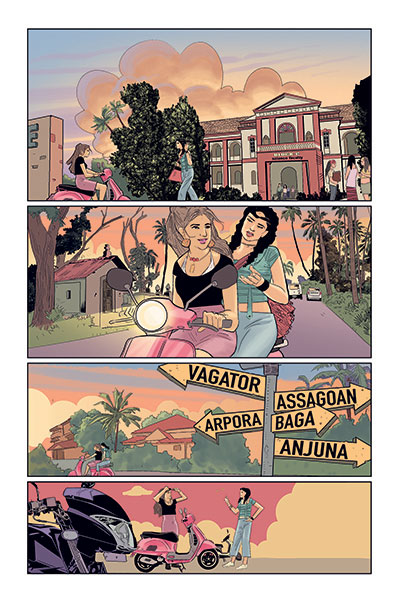 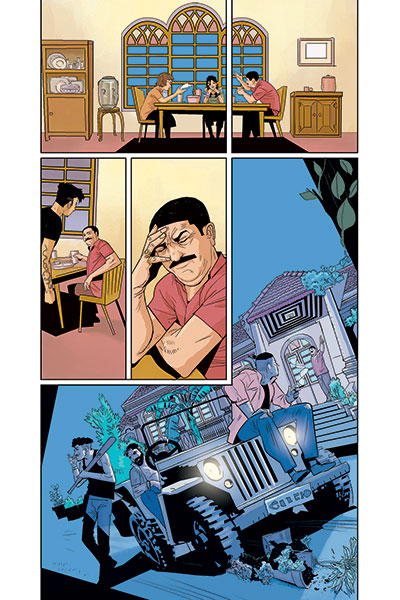 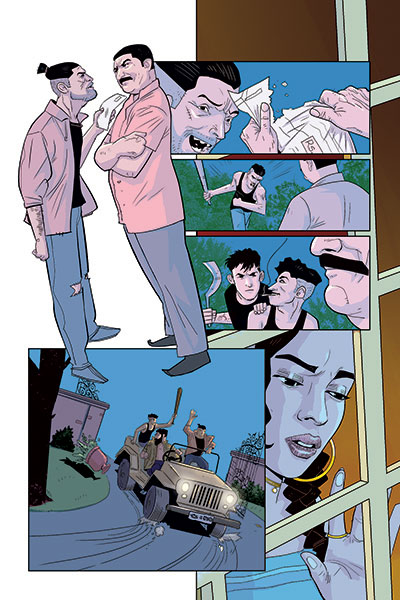 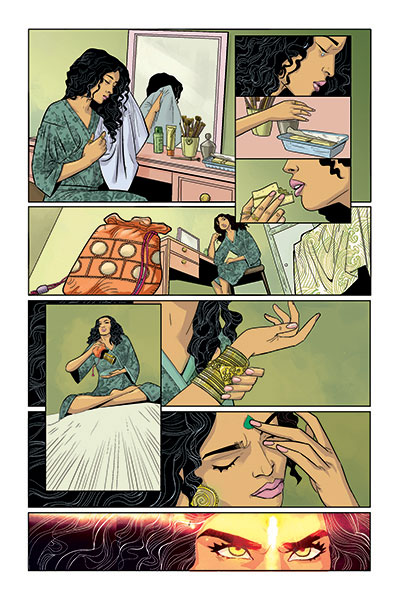 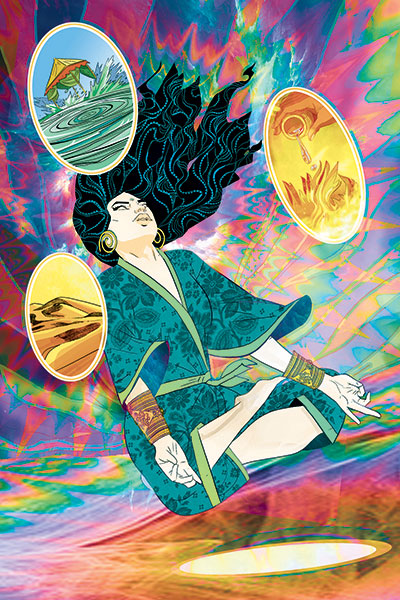 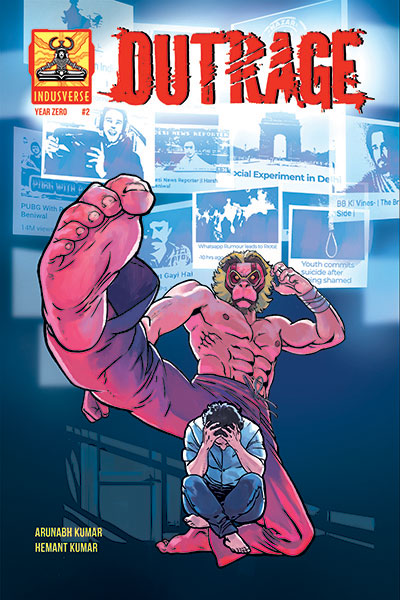 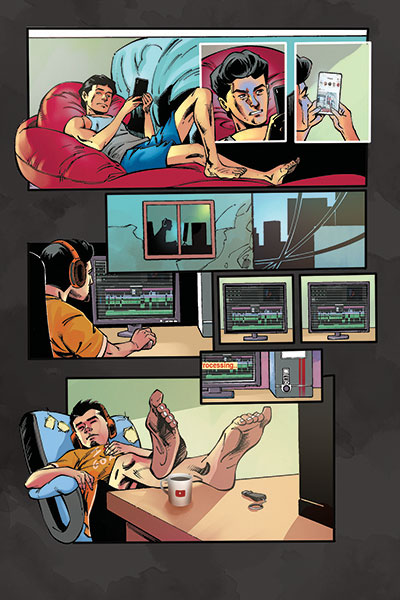 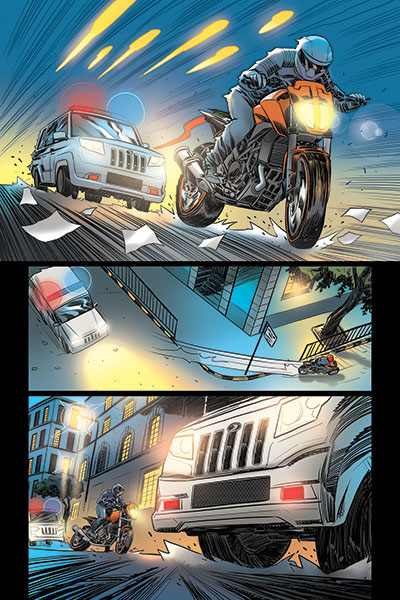 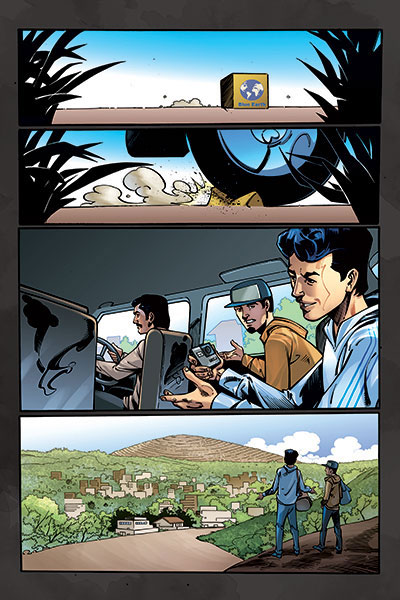 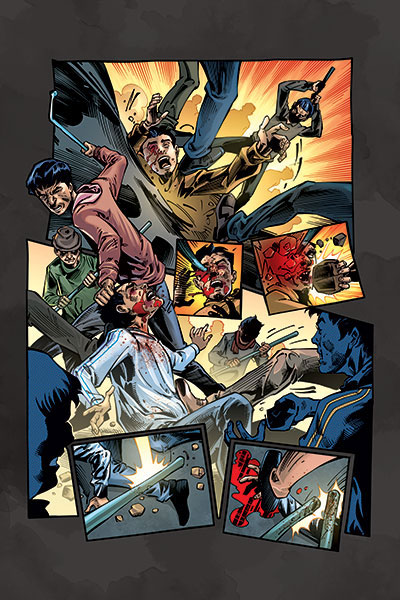 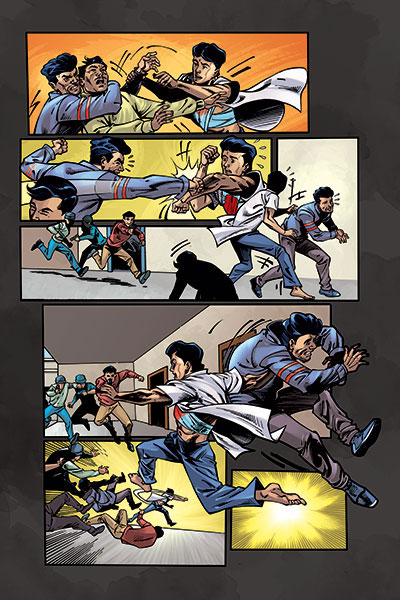 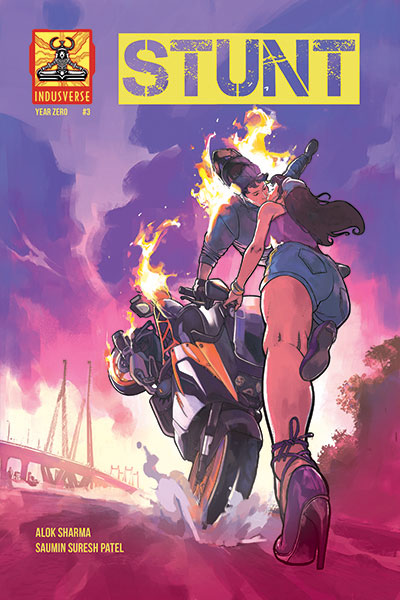 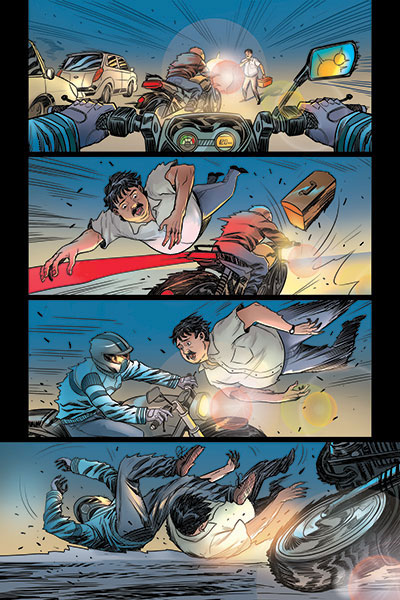 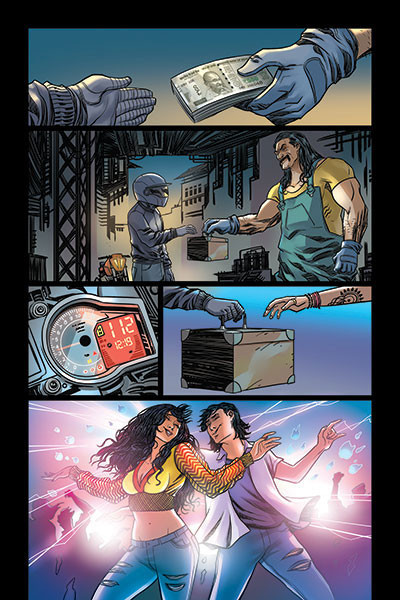 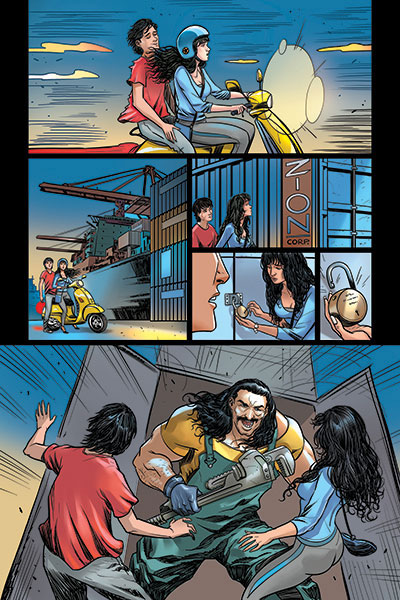 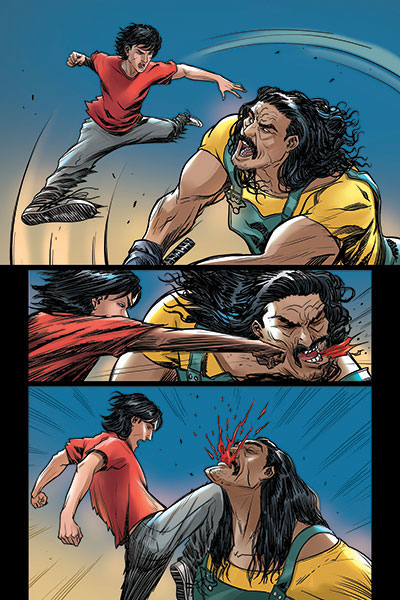